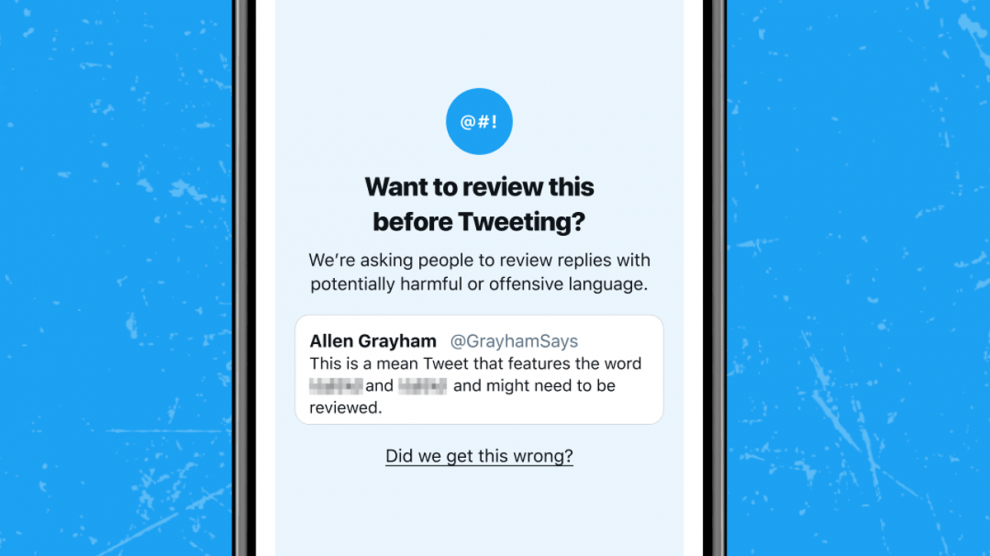 In the recent turn of events, Twitter has come up with a strategy to prompt its users, whenever their Algorithm is to detect any offensive language in its interface. The prompts will let the users know when they are using strong/offensive/rude language in their tweets before posting them online. This new feature will be available for both Android and iOS, for those who use the English platform respectively.

The feature works when users tweet offensive remarks, insults, or strong language that could potentially be offensive or harm someone’s sentiment. It was put into R&D in 2020.

Twitter claimed that this prompt feature is aimed to curb online hate among users. Twitter will give the users the opportunity to revise their tweets if it contains strong language that might incite hatred or be defamatory to other users on the platform. However, during their initial R&D phase, users were prompted unnecessarily due to their algorithm. Twitter now claims that they have improved and developed their algorithm( which in simple terms means their A.I’s understanding capacity) to understand when a user is posting offensive tweets and when they are participating in a friendly manner.

This is what Twitter had to say, “Throughout the experiment process, we analyzed results, collected feedback from the public, and worked to address our errors, including detection inconsistencies”. Through the testing process, Twitter claimed that it learned that when prompted, 34% of the users revised their initial reply or decided against posting the same. After being prompted once, people composed 11% fewer offensive replies in the future. Additionally, when prompted, people received less offensive and harmful replies.

After their R&D phase, Twitter will identify the relationship between the author and the responder, including their frequency of interaction. The social media giant will also revise its technology to better detect the use of strong language. Additionally, Twitter has created an easier way for users to provide feedback regarding the usefulness of the promts.