Google has decided that it is time to roll out the June feature drop for the Pixel line of devices, just days after Apple released a slew of changes to its software operating systems and applications at its WWDC event.

In case you didn’t know, the company is known for releasing new features to its phones every three months through its Pixel Feature Drop program. The most recent version for June includes a few noteworthy additions.

The Pixel 5, Pixel 4a (5G), Pixel 4a, Pixel 4 XL, Pixel 4, Pixel 3a XL, Pixel 3a, Pixel 3 XL, and Pixel 3 will all get this update. Note that the update will be available to all devices except those that are no longer supported, although some functionality will be limited to a few devices.

What New Features Are Coming to Google’s Pixel?

1. Astrophotography films are the first of these features. Users with Pixel 4 or later devices will be able to record movies while taking photos in astrophotography mode, as the name suggests. Users might attempt holding off for a longer exposure to click a photo in order to earn more stars in the video.

2. The next feature, Heads-up, is part of the Digital Wellbeing app. The functionality essentially allows users to receive frequent alerts to glance up from the handset’s screen while walking.

3. Another new feature unveiled at Google I/O 2021 is the Locked Folder. Users will be able to keep their photographs and videos in Google Photos inside a new folder named ‘Locked Folder.’ These media files will be hidden locally on the phone and will be password-protected.

4. Car Crash Detection is a fantastic safety feature that will be included in this version. It is available in the Personal Safety app but will not be available to Pixel 3a or 3a XL owners. When an automobile collision is detected, the function will automatically notify emergency services.

5. Users will be able to prevent spam calls thanks to Call Screen. In Japan, this functionality is now being pushed out. Until today, it was only available in the United States and Canada.

Finally, one of the most useful upgrades is call actions through the Assistant, which allows Pixel 4 users to accept and reject calls using the assistant.

Vedanta in active negotiations with Oppo, and Vivo on semiconductor deals 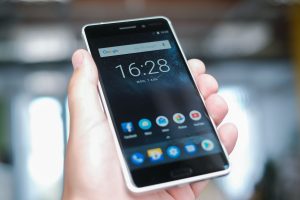