“The intersection of multiple tech disciplines is very promising, as it opens up diverse possibilities and uses cases that can be built on Jio 5G,” Bhatnagar added.

Reliance Jio plans to accelerate its 5G efforts and claims that it has developed its homegrown 5G stack which will also be exported to foreign markets once the competence is proved across the country.

Jio has been running 5G trials in Navi Mumbai and had recently achieved end-to-end network slicing on its indigenous 5G standalone core.

Its close rival Bharti Airtel has also been developing use cases for the next-generation network. It has conducted the first cloud gaming session in a 5G environment, as part of its 5G trials in Gurgaon’s Manesar using the mid-band spectrum provided by the Department of Telecommunications (DoT).

Vodafone Idea too has announced that it achieved peak speed in excess of 3.7 Gbps on the mmWave spectrum band, in Pune city. The telecom operator also recorded peak download speeds of up to 1.5 Gbps in the 3.5GHz band 5G trial network, in Gandhinagar and Pune city.

Meanwhile, in a fresh turn of events, the government may miss its January-March timeline to conduct spectrum auction for 4G and 5G unless the Telecom Regulatory Authority of India (TRAI) sends its pricing recommendations by November to the Department of Telecommunications.

If there is a delay, then the telecom department will conduct the 5G sale later on in 2022. 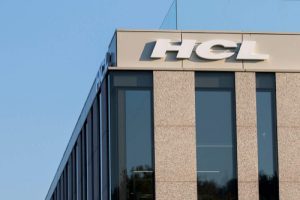