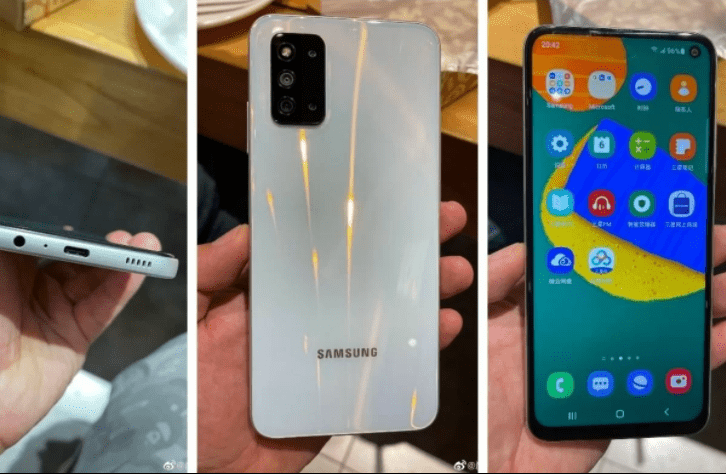 Samsung seems to be gearing up for the launch of a few products, from the A82 to the 5G version of the previously launched A52. This seems to be a tactical move to expand its presence in the mid-range segment, one that is dominated by the likes of Apple (especially with the SE version) and the Korean manufacturer’s own offerings.

live Images of the Galaxy F52 5G have surfaced online with the alleged price tag in tow.

These leaks come days after another Weibo leak that showcased the front and rear design of the Galaxy A82 5G in the black color, offering insight on what to expect from the next best option for the A-series of devices.

What to Know about the Samsung Galaxy F52 5G?

Before we deep into specifications and technicalities, the images are in line with what has been seen on TENAA’s certification listings and Google Play console.

As for this leak, it was part of a tip that was shared by a tipster who goes by the name of the pseudonym Instant digital, wherein he has shared that the Galaxy F52 5g will cost CNY 1,999 or INR 22,900. This seems slightly cheaper than the Galaxy F62 that has been launched in India for 23,999.

As part of this leak, one can see that the device has a punch-hole camera cutout to the right of the device, with a quad rear camera setup with a rectangular housing. The model in the image is in the white hue, with the device sporting a 3.5mm audio jack, a USB Type-C port, and a speaker grill to the bottom.

Earlier listings of the device have suggested that the device would support 25W fast charging; the TENAA listing suggests that the device will run on Android 11 and rock a 6.5 inch FHD+ TFT display with a 2.4 GHz 0cta-core processor coupled with up to 8GB RAM and 128 GB internal storage. There may also be a 4500 mAH battery.

Recently, Google Play console listing indicated that the device might make use of the Snapdragon 750G SoC, coupled with 8GB of RAM.

As of now, though, the company has not dropped any hints or promos regarding the device, so the launch is still to be unveiled.

Important Worries To Aid You Finding Out and about A great On Range On Range Internet casino Superhero Shirts
Reports suggest, Apple to use Localized Modems from 2023
Comment