For the month of September, telecom major Bharti Airtel added over 2.74 lakh active users in, while Reliance Jio and Vodafone Idea lost 1.9 crore and 10.8 lakh wireless subscribers, respectively, according to the TRAI (Telecom Regulatory Authority of India) data.

The subscriber base of Airtel stood at 35.44 crore in September as against 35.41 crore users in August, while India’s largest telecom operator Reliance Jio had 42.48 crore mobile subscribers.

Vodafone Idea’s subscriber base shrank to 26.99 crore as on September 2021.

TRAI had also stated earlier this month that Reliance Jio gave the highest download speed which was 20.9 Mbps according to TRAI’s 4G chart, followed by Vodafone Idea which offered an average downloading speed of 14.4 Mbps and Airtel which delivered 11.9 Mbps speed.

Vodafone Idea topped in the upload segment with 7.2 Mbps data speed. Vodafone Idea was followed by Reliance Jio with an upload speed of 6.2 Mbps and Bharti Airtel 4.5 Mbps.

During Q2 FY22, Reliance Jio President Kiran Thomas said covid has been quite tough on a lot of people in India, especially at the bottom of the pyramid.

“During the peak of the second wave, we had done a lot of initiatives like giving free voice minutes to keep them on our network in order to keep lifeline alive. But, two quarters later, we find that a large number of people at the bottom of the pyramid have not been able to stay up-to-date with recharges,” Thomas had said.

According to the policy, the company kept them in the database for about 90 days.

So, effectively, the effect of these people stopping recharging two quarters before is now getting reflected in our subscriber count, and because of that, Jio is facing a net reduction of about 11 million in this quarter.

The muted numbers for the two private telcos also echoed on the overall headline wireless tally reported by TRAI for September. 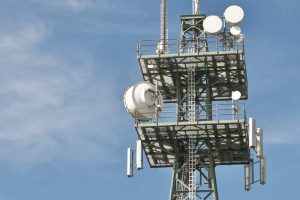