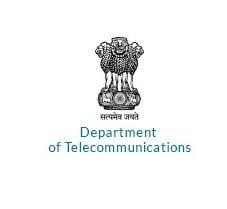 In a step towards a major reform for the telecom sector, the government has started working towards having an annual auction of spectrum to ensure that the industry has enough supplies of the airwaves.

The government is also working on a proposal of having real-time spectrum trading, on the lines of trading of electricity.

The matter of annual spectrum auction is being discussed at the ministry level and also at the PM’s office level to review the telecom sector.

A reference of the discussions has also been sent to the Telecom Regulatory Authority of India.

Significantly, the proposal of annual auctions comes within two months of the government’s announcement of a bailout-cum-relief package for the telecom industry.

Under that package, telecom companies were given a new regime of lower taxes, longer spectrum holdings (from 20 years to 30 years in future sale), comfortable bank guarantees, and easier airwave surrender norms.

The idea of having annual spectrum auctions during pre-decided months is being considered with a timeline of fiscal 2023-24, as the government wants the industry to be assured of regular supplies.

This will be crucial as technological advancements happen at a rapid pace and the need for airwaves may go up in view of new applications around the internet of things (IoT), augmented and virtual reality (AR/VR), smart factories, autonomous driving, and immersive education and medical facilities.

When the industry is assured of regular availability of spectrum, then there will be no mad rush to buy the airwaves at astronomical costs at the time of auctions, as has been the case earlier.

Some of the earlier sales have seen companies go overboard during the bidding and thereafter hamper their financial positions, which has led to the deterioration of the health of the industry.

The government feels that to facilitate easier migration to new technologies such as 5G and even higher upgrades, spectrum should be made available in adequate quantities and at regular intervals.

A reference to TRAI, seeking its recommendations on issues involved in the auction of spectrum in different bands available for assignment to telecom companies, had been sent in September.

It is expected that a movement on this front over the coming months is likely to happen when TRAI comes out with its set of recommendations and suggestions.