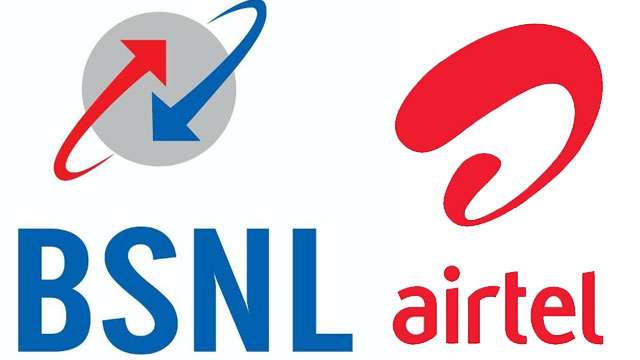 Why are BSNL and Airtel’s offerings being considered the same?

BSNL and Airtel both provide three broadband plans that are practically the same in terms of pricing and features. They come for INR 799, INR 999, and INR 1,499.

BSNL offers users 100 MBPS of 3.3 TB Fair Use Policy (FUP) data starting with the INR 799 plan. Airtel also provides a speed of 100 MBPS but with a bit more data, 3,333GB. A fixed line with the Airtel and BSNL plans is included. Nevertheless, while Airtel does, BSNL does not offer users over the top (OTT) benefits. Users benefit from Airtel’s 100Mbps scheme and other Airtel Thanks benefits for OTT from the Airtel Xstream Premium, Shaw Academy, and Wynk Music.

The second plan offered by both operators is for INR 999. Both Airtel and BSNL offer an INR 999 plan with a speed of 200 Mbps. The data provided by the plans is similar (3.3TB), with Airtel taking the lead by providing 33GB more. Again, the companies provide users with a free landline connection. However, this time, BSNL users can also enjoy the OTT benefit of Disney+ Hotstar Premium. Airtel also provides OTT benefits such as Amazon Prime Video and Disney+ Hotstar VIP, in addition to other Airtel Thanks benefits.

Finally, when it comes to the INR 1,499 package, both carriers provide equal speeds of 300 MBPS. However, BSNL includes 4TB of data with the plan, whereas Bharti Airtel only includes 3.3TB. Both plans include a landline connection with OTT benefits. BSNL is once again providing the Disney+ Hotstar Premium benefit, whereas Bharti Airtel is providing Amazon Prime Video, Disney+ Hotstar VIP, and other Airtel Thanks benefits.

Both BSNL and Bharti Airtel provide subscribers with the same level of fibre internet service. Ideally, if you want more OTT features, you should go with Airtel. However, if you can live with BSNL and like its services, even the state-run provider does not provide poor service. In the end, it comes down to the brand you want to engage with.

Indian telecom operators are reducing their reliance on Huawei much more aggressively.
Clubhouse application to launch Payments feature in India; to comply with IT rules , check specification
Comment