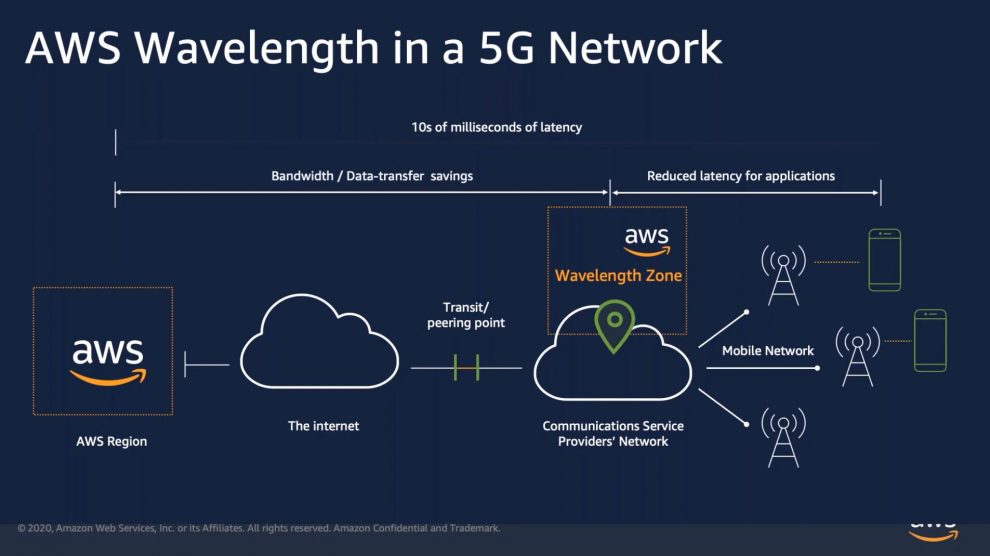 Amazon, a multinational corporation based in the United States, has launched AWS Wavelength, an AWS infrastructure. Amazon’s new service will allow businesses and numerous developers to create ultra-low latency apps that will be delivered through the Vodafone 5G network in the United Kingdom. With locations in South Korea, Tokyo Daejon, and ten additional cities throughout the United States, AWS Wavelength will provide AWS services to the edge of carrier networks around the world. The launch of AWS Wavelength, according to Amazon, allows software developers to deliver edge computing use cases such as IoT, machine learning, video streaming, and more.

AWS Wavelength general manager and director of product management George Elissaios stated that the firm is delighted to collaborate with Vodafone to give developers with complete, direct access to AWS cloud services in any area on the Vodafone 4G/5G network and to drive creativity across the UK. He also said that application traffic from the device will be routed directly from the Vodafone network to AWS cloud services. This allows developers to charge for new types of smartphone applications that need high bandwidth, low latency, and fast speeds.

Apps Can Be Deployed to AWS Wavelength Zones by Developers

The new AWS Wavelength architecture will enable developers to deploy apps to AWS Wavelength Zones, which will embed AWS computing and storage devices beneath the radar of MNCO’s data centers at the network’s edge. Vatsa Kalyanasundaram, Vodafone’s cloud and security director, claimed that by partnering with AWS, Vodafone’s company would be able to gain real-time intelligence for rapid decision making in order to offer next-generation immersive experiences that have never been seen before.

If you’re not already aware, typical smartphone architecture necessitates numerous hops between regional and aggregate locations. on the other hand, AWS Wavelength enables developers to gain the benefits of edge computing while limiting the number of hops, which is beneficial in decreasing latency. According to Simon Brewerton, Aurrigo’s chief technology officer, AWS Wavelength and Vodafone 5G and MEC technologies give ultra-low latency and costly bandwidth to their cars, allowing them to monitor autonomous vehicles in real-time via secure communications.